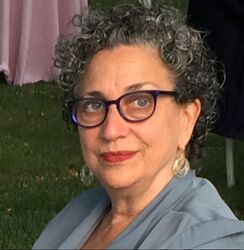 Prior to founding The Koltun Group in 2012, Marion was the Chief Operating and Development Officer at the Foundation for Jewish Culture, after serving as National Director of Major Gifts at the Jewish Theological Seminary's William Davidson Graduate School of Jewish Education.

Marion served as Executive Director of Dance Theater Workshop (DTW, now New York Live Arts) where she joined the staff in June of 1999 to strategically plan and execute its $14 million capital campaign including building the Doris Duke Performance Center and establishing DTW's  first endowment. She was appointed Executive Director in July 2003 and served until 2007. During her tenure, she was responsible for all aspects of institutional stabilization in partnership with DTW's 43-member Board of Directors.

From 1996 to 1998, Marion served as Executive Director of Congregation B’nai Jeshurun, where she supervised all aspects of the organization’s $4 million operating budget.

From 1991 to 1996, as General Manager and Director of Operations at the New 42nd Street, Inc., Marion was part of the senior management team which oversaw and implemented the organization’s evolution to a fully active landlord/operator of four commercial properties and two non-profit theaters on the now-celebrated 42nd Street in Times Square. Marion was instrumental in the creation of the New Victory Theater, New York's premiere theater for young people.

Marion has also served as General Manager of the New York Dance Center from 1987 to 1990, Managing Director of Mabou Mines from 1986–1987, and Administrator for Lloyd Richards and the O’Neill Theater Center’s National Playwrights Conference from 1983- ‘86 .

Marion serves on the faculties of  the Yale School of Drama (MFA '83) and Winthrop University in South Carolina.  She received a Graduate Certificate in Executive Education, Leadership-Arts Business School from Stanford University in 2004.  She has guest lectured widely and participated on numerous panels in the arts and real estate development.

Marion is proud to have served as Board President for the Bronx Academy of Arts and Dance.
​